The Key To Jealousy

My top 10 inspirational quotes. (May 2019)   By Alice Landry     Some days you just have to detach, rise above, be an observer, and allow events to unfold naturally. ***** Do not be afraid of the unknown. If something wants to leave your life, then let...
Read More

A Woman of Substance.

A Woman of Substance. By Vanessa Louise Moore   Have you ever been so moved by a book that you make different life choices? I read my first book when I was 23 and it shifted how I perceived myself and my life.   ‘A Woman of Substance’ by Barbara Taylor Bradford...
Read More

Be willing to look at the inner parts that don’t want you to be happy so you can be fulfilled.

Be willing to look at the inner parts that don't want you to be happy so you can be fulfilled. By Joanna Intara   I was sitting outside in my red and yellow striped Italian hammock this weekend feeling pretty fancy and free. The emerging warm Spring breeze...
Read More

Climbing The Hill To Enlightenment.

Climbing The Hill To Enlightenment.

Or if at first, you don’t succeed…

Have you ever had times when you get disillusioned or feel that you can’t get where you want to be? You aren’t alone – I know there are times when I think I’ve ‘cracked it’, and have found my way – but then – wham, down I come to earth. But I guess if we had life all fathomed out we could become complacent or even a little smug. There is a reason why there are so many self- help books out there. People are always searching to find a new way of dealing with life; a new angle that might just make everything become clear. It’s a big industry, but I’m not knocking it. I have found several books and audio tapes over the years that have helped me through rough times, and are still helpful today. I’ve followed some inspiring gurus too. ( I loved to listen to the late motivational speaker Dr Wayne Dyer, who always sounded warm and friendly and came across as a lovely man when I attended some of his seminars.) Sometimes just reading or hearing one illuminating story can offer up a ‘light bulb ‘ moment that gives us the answer we have been looking for.

Here is a story of one man’s quest for enlightenment…..

There was once a man who wanted to find the meaning of life. He spent many years listening to all sorts of gurus and read many ‘self-help’ books. He tried yoga classes and quite enjoyed them and soon learned how to ‘Salute the Sun’. He learned how to meditate, and once he had stopped his busy mind wandering off and thinking about what to eat for his supper, he more or less got the hang of it. He ate an amazingly healthy diet with only a few slip-ups (he had rather a liking for donuts). He took plenty of exercise and breathed in the invigorating fresh air in the woods behind his cottage. He gave up his stressful job and decided to live simply and he put on sandals.

But with all this to help him there were still times when he felt he hadn’t quite ‘got it’.

So the man went up to the top of a mountain, made himself a simple camp, and stayed there for five years. He contemplated his life. He relaxed and completely ‘chilled out’. He prayed for peace in the world. He felt at one with the universe. Occasionally, the odd climber or two came up the mountain and he smiled at them most benignly, bestowing calmness upon them. That felt good.

One day he woke up and thought ‘I’m ready to go back and face the world and nothing will phase me now.’ Gleefully, he set off down the mountain. But he had forgotten how steep it was and by the time he got to the bottom, his feet were a bit sore and he was thirsty and tired. He walked into the café at the bottom of the mountain and asked for a bottle of water. No one heard him. He asked again but the staff were busy and ignored him. After five more minutes, he felt the anger boil up inside him and banged his fist on the counter, and demanded to be served. A waitress rushed over and nervously placed a bottle of water in front of him mumbling an apology. He grabbed the water and drank it down without a word. From a table in the corner and an old friend spotted the man and walked over to him. He asked him how he was getting on with his quest for enlightenment. Without a word the man turned and walked out of the café. He headed back up the mountain.

This is just a reminder that we can all fail from time to time no matter how far we think we have come. But it is okay. It happens to us all and it is never too late to try again. The man was just human like we all are. And remember – nothing good is ever lost.

‘Today is a new day; there is no need to focus on yesterday’s mistakes. Just as the pathway will sparkle again in the sunlight, so will you sparkle again too’.

Let your vibe attract your tribe. Share some love... 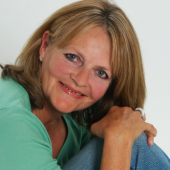 Environment is everything. Where to even begin?

Be willing to look at the inner parts that don’t want you to be happy so you can be fulfilled. May 21, 2019

Get the latest news

Don't miss out! Get the latest news from our site delivered right to your inbox.

We use cookies to ensure that we give you the best experience on our website. If you continue to use this site we will assume that you are happy with it.OkPrivacy policy